Skip to content
Nushrat Bharucha turns 35 today and wishes have started pouring in for the beauty. Her ‘Dreamgirl‘ producer Ekta Kapoor shared a throwback video on her Instagram account,w ishing the actress a happy birthday and we are loving how happy the two pretty ladies look in it. This clip is from the time when ‘Dreamgirl’ saw an amazing response from the audience and the film marked a double digit opening on its first day of release itself. Wishing Nushrat on her special day, Ekta called the actress her lucky mascot and even said that they should try for a hattrick success with a third movie together.

While sharing this video, Ekta also wrote, “Happie bdayyyyyyyyyyyyyyyy!!!! From lsd to #dreamgirl ur my lucky mascot !!!! This year sooon let’s plan a movie ! @ruchikapoor do this! N get third time lucky! Happie bday u lovely girl 🥰🥰🥰🧲🧿 @nushratbharucha”. The television czarina happens to have produced Nushrat’s 2010 film ‘Love Sex Aur Dhokha’ as well and that too had been a huge success. After the 2019 Ayushmann Khurrana-starrer ‘Dreamgirl’ making great box office numbers, Ekta seems to be convinced that it’s time for a hattrick blockbuster hit with Nushrat and their stylist Ruchika Kapoor and has urged the two women to come together with her for a third film. 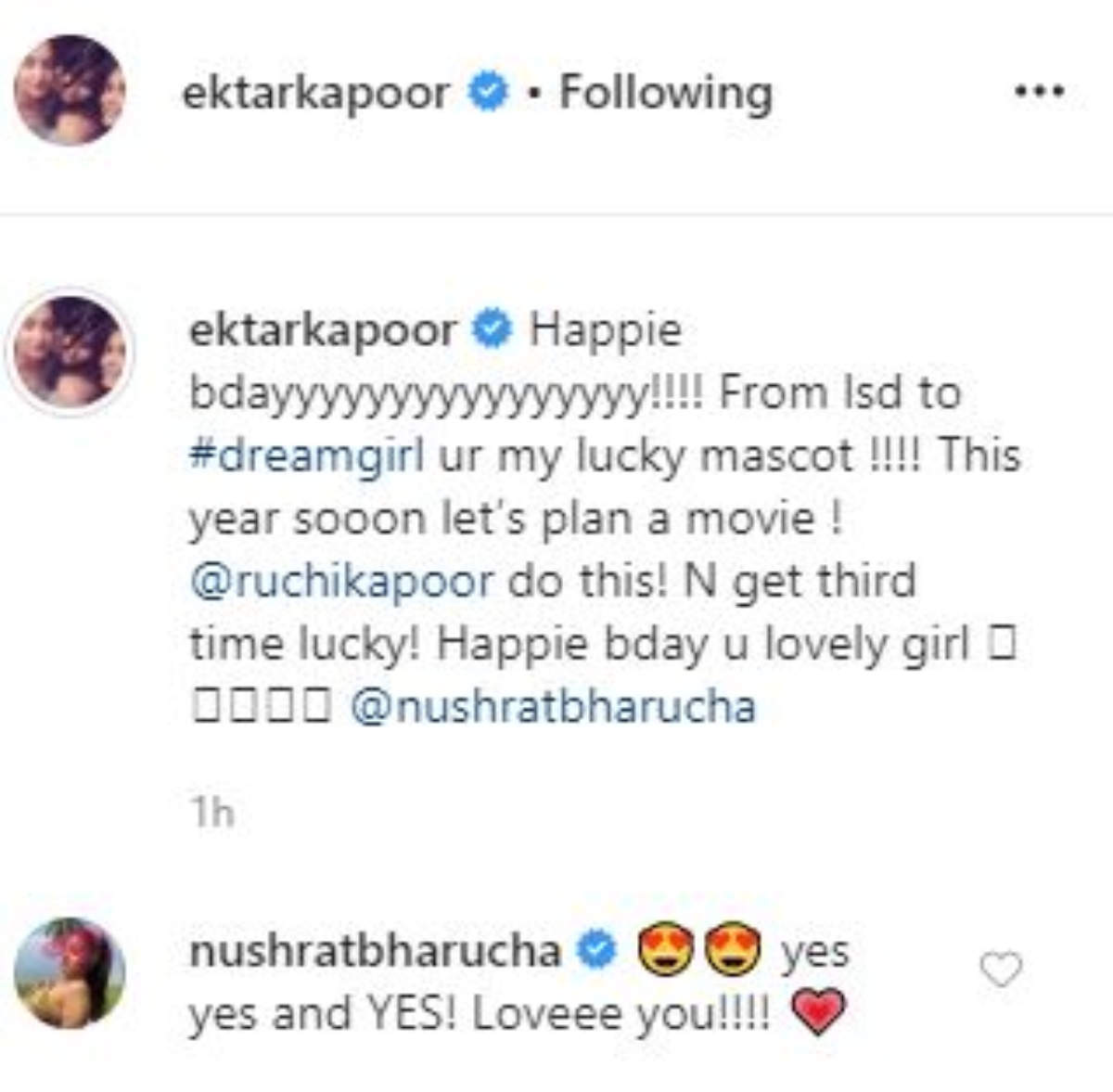 In response, Nushrat too has agreed with Ekta and replied, “yes yes and YES! Loveee you!!!!”.

On the work front, Nushrat will be next seen in Hansal Mehta’s ‘Chhalaang’ with Rajkummar Rao which is a black comedy and is scheduled to be released on June 12, 2020.