Skip to content
Vicky Kaushal celebrated his 32nd birthday yesterday and he was showered with a lot of love and wishes from his family as well as industry and non-industry friends. Many shared pictures with Vicky, wishing him a great day and a brilliant future. Meanwhile, Tanmay Bhatt, who has been best friends with Vicky since their school days, shared a classic throwback class photo from their school and Vicky couldn’t help but share it on his Insta stories as well. 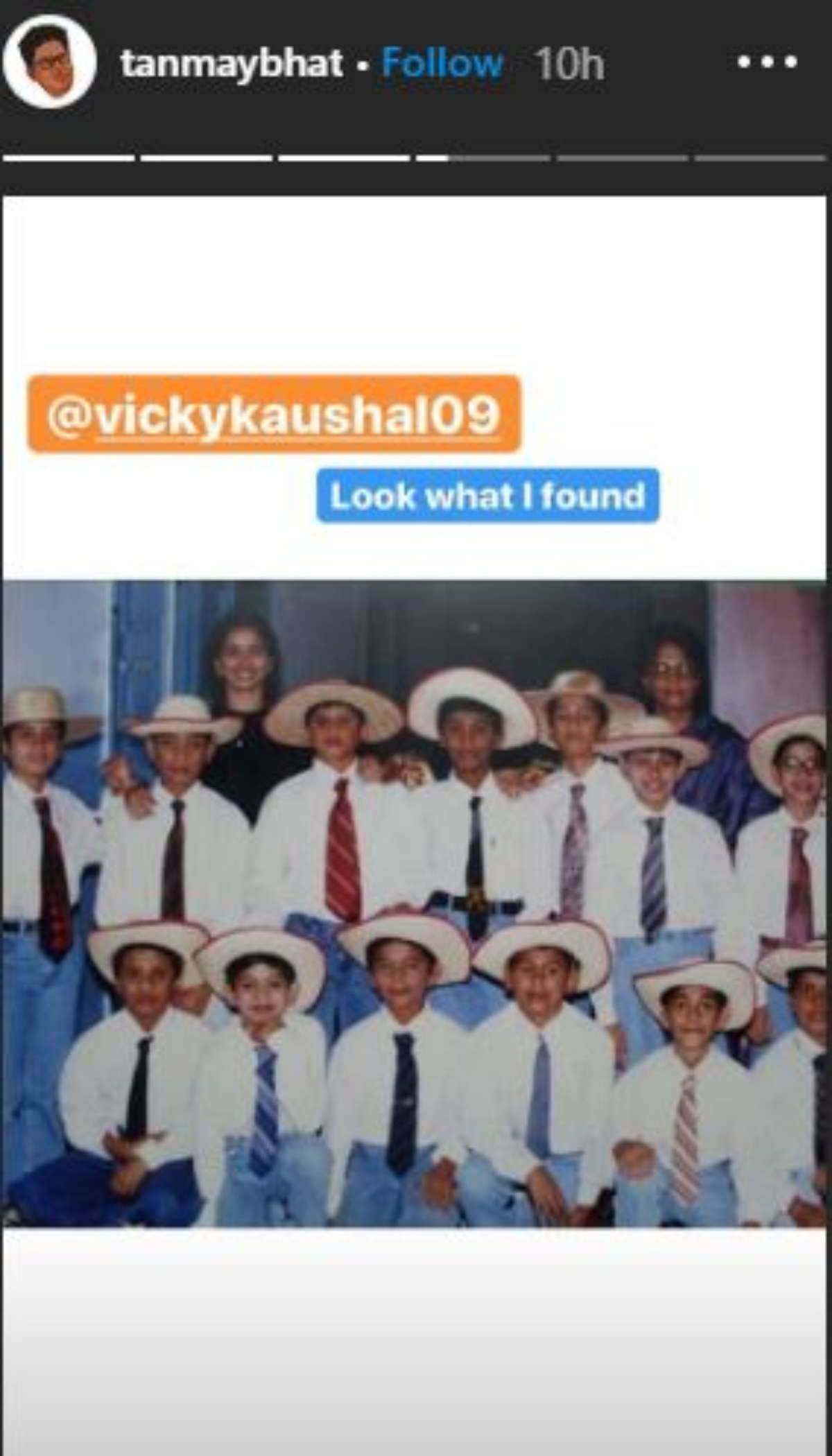 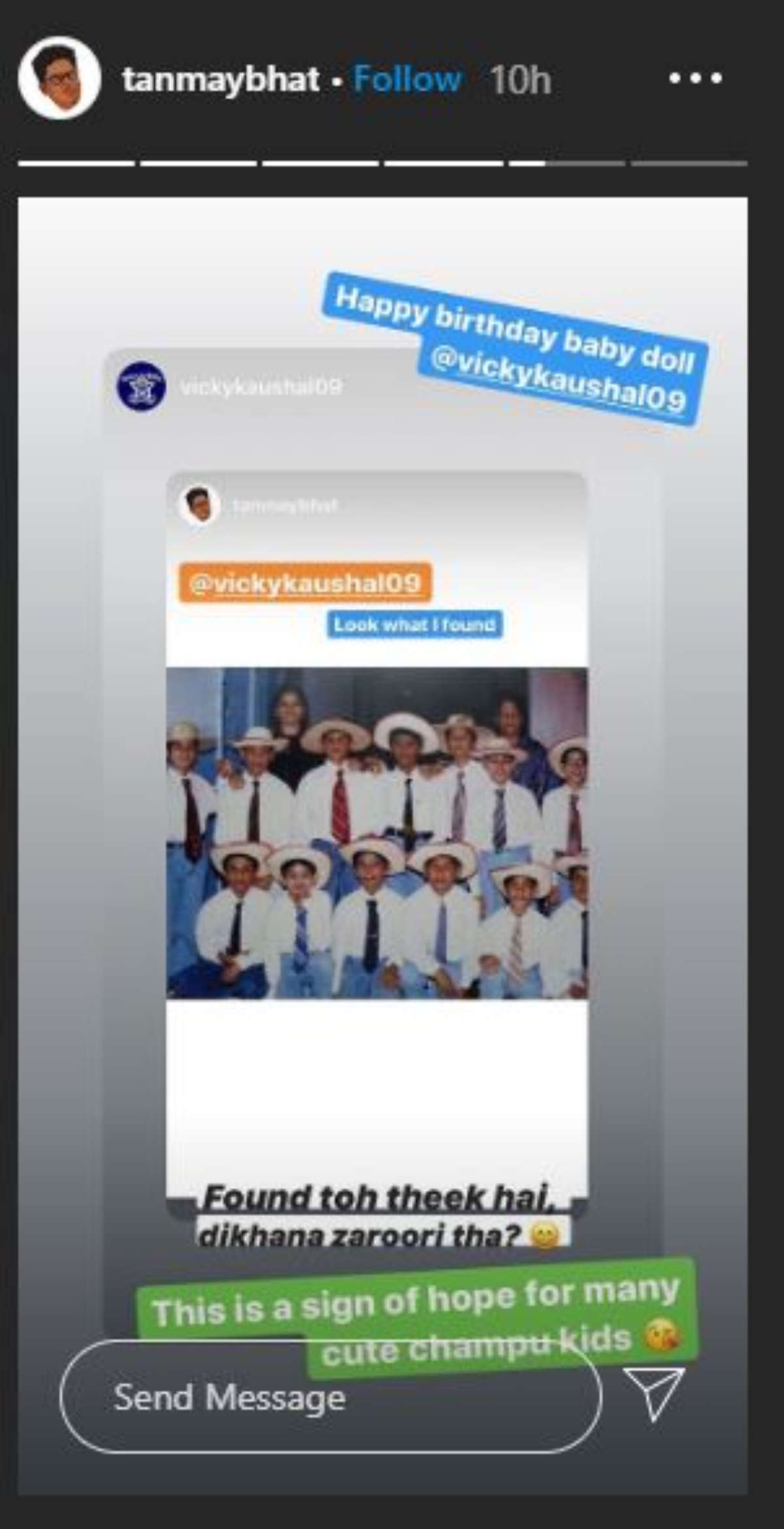 In the photo, Vicky and Tanmay blend into the other boys from their school and are literally unreconisable. The click seems to have been taken after a performance, where the boys were required to don similar outfits or white full-sleeved shirts, denims, neckties and hats. Two teachers, who presumably choreographed the performance are seen posing with them as well. While the two stars are hard to spot in this photo, it surely sent us back to memories of our own school days. Tanmay too seems to have noted that they were seemingly regular looking and called himself and Vicky ‘champu’. He also looked at the brighter side saying, “This is a sign of hope for many cute champu kids,” indicating that success was not dependent on looks but talent.

Vicky and Tanmay’s friendship goes way back to their childhood and four years back, the ‘Uri‘ star had even acted in one of Tanmay’s videos along with Richa Chadha. Meanwhile, Vicky will be next seen in shoojit Sircar‘s ‘Sardar Udham Singh‘ which was wrapped in December last year. It was supposed to hit the theatres on October 2 this year but with the pandemic that has struck the world, the film will now be released on January 15, 2021.