Skip to content
Rishi Kapoor passed away on 30th April 2020 leaving her fans, admirers, family members and friends in grief. Rishi shared a very close bond with his daughter Riddhima Kapoor Sahni. Sadly, she couldn’t attend the funeral of her father Rishi Kapoor and hence Ranbir Kapoor‘s ladylove Alia Bhatt was present at the venue was in touch with her through Facetime. Riddhima often shares throwback photos of her papa on social media.

Recently, she took to her Instagram stories to share a rare picture of Rishi, Neetu Kapoor and her daughter Samara Sahni twinning in blue. Samara is all smiles for this beautiful photo with her grandparents. After Rishi’s sad demise, Riddhima travelled all the way from Delhi to Mumbai via roadways with her daughter to be by her mother’s side. she came to Mumbai after seeking special permission to take part in the final rites. She arrived in Mumbai on 3rd May and since then has been by her mother and family.

Check out the photo here: 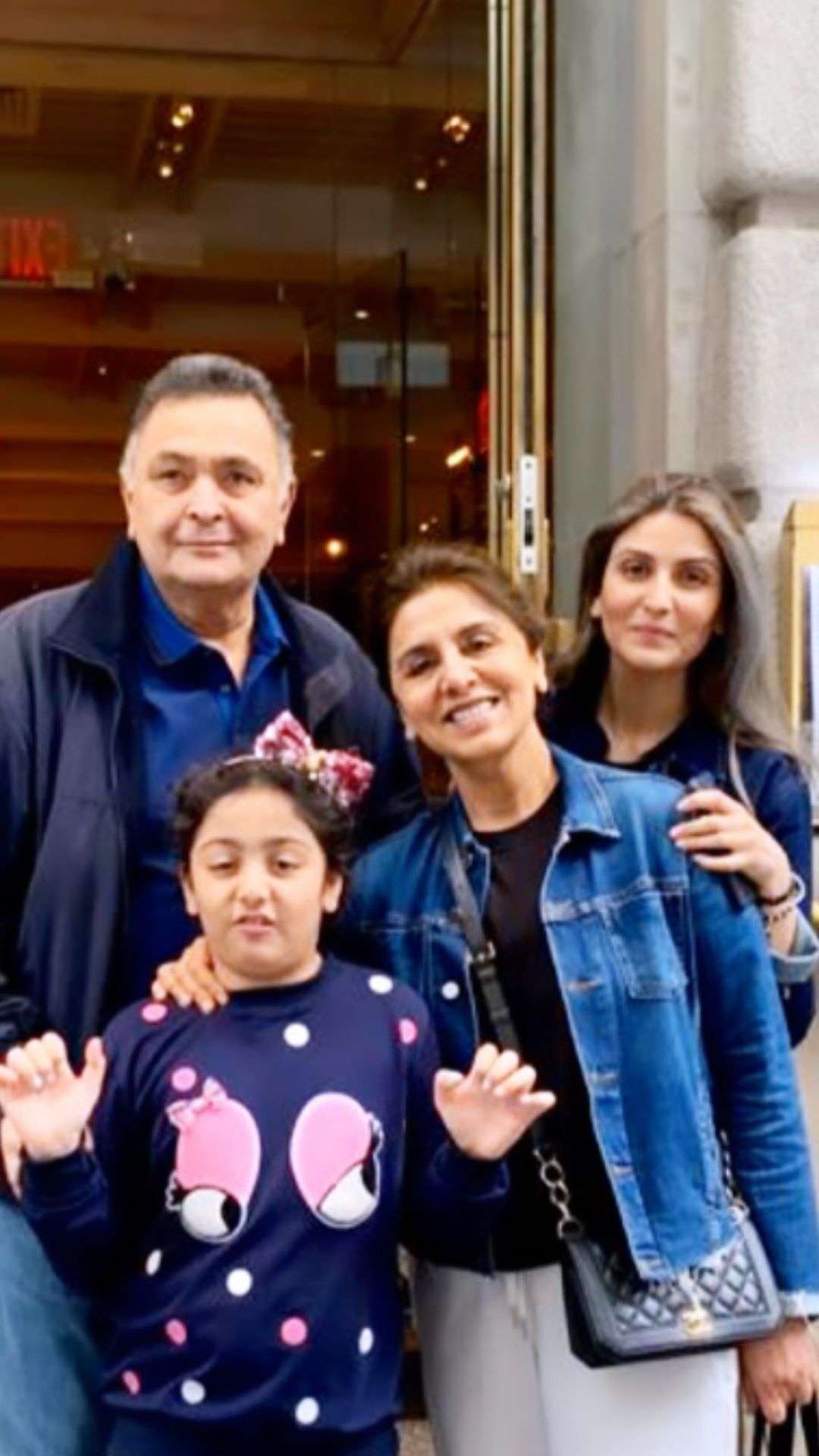 Rishi Kapoor was diagnosed with cancer in 2018 and he returned to India from New York in September 2019 after his cancer treatment.