Mumbai: Bollywood couple Shah Rukh Khan and Gauri Khan’s daughter Suhana says she is “kinda mad” that she doesn’t look like her mother.

The youngster took to social media to post a black and white shot of her mother in casuals. Suhana pointed out the difference in their looks while wishing her mum on Mother’s Day on Sunday. 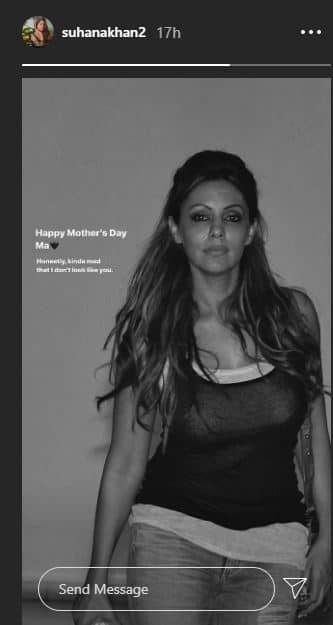 Suhana, who is at home now during the coronavirus lockdown, had earlier shared a few pictures in which she was seen donning make-up.

“Experimenting,” she had captioned the images.

Suhana is studying at film school at New York University. Last year, she made her acting debut in a short film called “The Grey Part of Blue”.